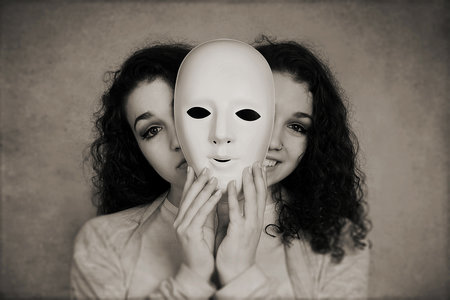 Schizophrenia is a severe mental illness that causes disturbing symptoms such as hallucinations, hearing voices, altered mind states, paranoia, and a loss of normal emotional expression and thinking patterns. This psychotic disorder can be very confusing and frightening for those who suffer from it. Drug and alcohol abuse is quite common among people diagnosed with schizophrenia. Unfortunately, this often only worsens the symptoms of the disorder.

Schizophrenia affects about 1% of the U.S. population according to the National Institute of Mental Health. An individual is diagnosed with the disorder if they experience at least of the symptoms within a 30-day time span. The most well-known of schizophrenia’s symptoms can also be accompanied by things such as unclear or unfocused speech patterns, chaotic behavior that can range from to extremely listless or agitated body movements to a completely unresponsive, catatonic state. Hearing voices or having conversations with nonexistent entities are also major symptoms that can lead to a definite diagnosis.

Most of the individuals who are diagnosed with the disorder begin experiencing major symptoms sometime between adolescence and their early 30’s. Men commonly begin experiencing symptoms earlier than women, but both genders generally exhibit the same symptoms. Schizophrenia rarely appears in children under the age of 16 and adults over the age of 45. Some of the factors that can contribute to the development of schizophrenia include having a genetic disposition, unusual changes in the level of chemicals in the brain, major shifts in the brain’s structure, and not receiving adequate nutrition during fetal development in the womb.

The relationship between substance abuse and schizophrenia.

Currently, more than 50% of schizophrenics in the U.S. are abusing either drugs or alcohol. Compared to the rate of abuse among the rest of the population, the rate among schizophrenics is four times higher. Despite these numbers, many doctors and health professionals don’t view the abuse of drugs as a possible cause of the disorder.

Some studies that have been done on the relationship between substance abuse and schizophrenia show that the use of certain drugs like LSD and hallucinogens can trigger an onset of schizophrenia in those who have a genetic predisposition. Regular, long-term marijuana use may also exacerbate schizophrenic symptoms in high-risk individuals by affecting two important structures of the brain: the hippocampus and the prefrontal cortex. These structures are responsible for the brain’s ability to make sound judgments and retain memories.

How drug abuse can get in the way of treatment.

Many of the most commonly abused drugs are known to make the symptoms of schizophrenia more severe, including cocaine, hallucinogens, amphetamines, and even marijuana. In order to make progress with schizophrenia treatment, an individual must not abuse any drugs. This is why any kind of substance abuse issue must be addressed as well. A schizophrenic drug user is highly likely to skip treatments or abandon their treatment altogether.

A doctor or other medical professional must address both issues when devising a treatment plan for the individual. The plan should address both problems. Treatment for schizophrenia will normally involve prescribing antipsychotic medication, psychotherapy, and support groups for schizophrenics. Treatment for drug abuse that must occur simultaneously can also include prescribed medication (depending on what drugs are being abused), participation in a 12 step group or another support group, regular therapy visits, or use of cognitive-behavioral therapy.