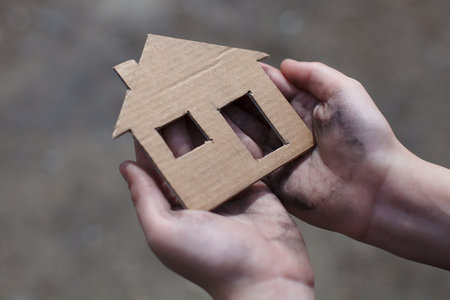 And other surprising factors that contribute to eating disorders.

Eating disorders such as anorexia and bulimia have the highest mortality rates of any mental disorder. Sadly, they are also some of the most common. It is estimated that up to 8 million Americans are suffering from some form of an eating disorder, and most are young women. What factors contribute to the development of this deadly disorder that only seems to be affecting more and more Americans? Health experts have been investigating the roles of several different environmental, social, and emotional factors and have determined that there are indeed common patterns. The following is a closer look at some of the most widespread contributors to eating disorders.

1.Socio-economic background.
Growing up in a tumultuous home environment, whether it be dealing with poverty, abuse, family dysfunction,or other types of stress, has been linked to the development of eating disorders like binge eating and bulimia later in life. Poverty in particular can hard on young children. The stress and hardship that goes along with growing up poor can cause a child to cope in unhealthy ways.

2. Parental attitudes.
A parent’s approach to raising and disciplining their child, especially when it comes to eating, will have a huge impact on them as adults. Oftentimes, children will end up carrying the weight of their parents’ dysfunction with them unknowingly throughout their lives. Studies have shown that parents who pressured their children to be thin were the leading cause of the development of eating disorders in puberty and young adulthood.

4. Past experiences with abuse.
Childhood abuse has also been linked to eating disorders, especially among women who were sexually abused at an early age. Almost 50 persent of women with the disorder also experienced abuse in their early years. Some experts believe that the eating disorder serves as a coping method for the lingering, unresolved pain caused by abuse. Others believe that an eating disorder is is developed as a way to prevent future abuse from happening.

5. Family history of obesity.
Individuals whose families have a history of obesity, or who were obese during childhood carry a higher risk of eating disorders later in life. Some individuals with this factor view their anorexia or bulimia as a way to break the pattern of obesity they feel is too easy for them to fall into. Others develop problems with low self esteem and poor self image as a result of their childhood obesity, and turn to an eating disorder to cope and feel in control.

6. Cultural standards.
It’s no accident that the majority of eating disorder incidences occur in Westernized cultures. In the United States, parts of Europe and Asia, people are exposed to media images of what the standard of beauty and body type should look like. Growing up with these images will have a profound effect on a person’s idea of ideal body type whether they are aware of it or not. Many eating disorders cases can be attributed to an effort to attain these unrealistic ideas of perfection.