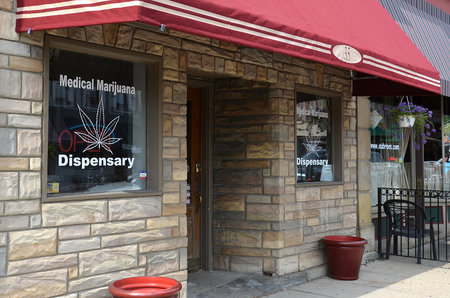 As more states are accepting the idea and working towards legalizing marijuana, there are a variety of different forms of THC and marijuana that consumers can find at a local medical marijuana clinic. The drug has become more popular in the form of “edibles” or marijuana-infused treats like cookies, brownies or candies.

As these kinds of drugs become more widely available through legal clinics, it has sparked some debate over the risks involved in consuming marijuana in a highly potent form. Some even believe that eating marijuana can be much more dangerous than smoking it and can lead to serious harm because of the hallucinatory nature of edibles.

ER doctors have been reporting more instances of patients seeking help for being overly intoxicated from pot-infused edibles. Although they may be legal, people need to be cautious about edible marijuana and aware of the risks before consuming this dangerous type of drug.

Delayed Effects Leading to Over-Consumption
One of the reasons edible marijuana can be problematic for people is the differences in the way it is absorbed and metabolized. When smoking marijuana, peak blood levels of the drug usually happen within 3-10 minutes and with edible marijuana it can take 1 to 3 hours to be absorbed into the bloodstream.

The delay in absorption can create issues with the ability of people to self-monitor their consumption. While waiting for the effects of the drug people can easily consume an overdose thinking that they have not taken enough. People are also often misinformed about the portion sizes of one serving of the drug which could be much smaller than they realize.

Edible marijuana can also be especially dangerous if it interacts with other drugs. Smoking brings the drug directly to your brain but consuming it puts THC in the body allowing it to compete with other drugs or metabolism in the liver. These types of edible drugs are also not regulated well and the amount of THC can vary widely from the amount indicated on the product’s package.

Symptoms of an Overdose
Overdosing on edible marijuana can cause more severe symptoms than simply smoking the drug, with many people going to the ER for anxiety and panic attacks, delusions, hallucinations, and even acute psychotic episodes. Symptoms can even last up to 10 hours in some cases with many patients having impaired motor ability, unable to move or care for themselves.

Some recent frightening incidents have brought to light some of the concerns about edible marijuana. In 2014, a man was accused of killing his wife after eating legal pot candy and a college student lept to his death from a hotel balcony after eating a marijuana cookie from a pot shop. ER doctors are seeing more of these types of incidents because of people mistakenly overdosing on edible marijuana or experiencing an interaction between the THC and other drugs such as prescription medication.

Another major risk is these types of edibles getting the hands of children who do not know the difference between these products and normal cookies or brownies. Many hospitals have seen a significant spike in the amount of children treated for accidentally eating marijuana-infused food. It can also be easier for older children to take these products into school and eat them during lunch time without the staff being aware.

Although marijuana-laced edible products are legal and intended for “medicinal” purposes they can be much riskier than people are aware. It is important for people to be more informed about what they are eating, the time it takes to feel the effects and the correct portion size. New laws could also help to regulate the amount of THC making it standard for every product to reduce the risk of overdose.