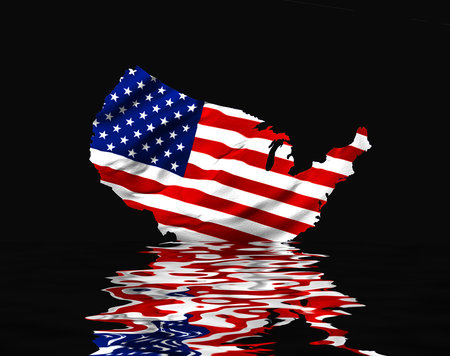 In recent months, U.S. border officials have seized an alarming amount of methamphetamine in states like Arizona and California. Officials say the number of meth seized this year has increased dramatically from the numbers seized in previous years and points to an alarming trend in the drug’s production. The increase in meth being brought in from over the border points is being caused by cheaper, easier production methods in countries such as Mexico.

In Arizona entry ports alone, more than 3,200 pounds of meth were seized in the last 7 months, compared to the 3,000 pounds seized over the course of the last fiscal year. In California, almost 9,500 pounds of meth have been seized so far at southern border crossings and experts expect that number to surpass last year’s 14,700 pound total seizure of the drug.

The increase began to concern officials in 2014, which caused them to examine the growing demand for the drug in the U.S. It is now becoming apparent that the popularity of meth is growing among American drug users, along with heroin. This growing demand has contributed to increased drug smuggling from other countries.

As drug officials are becoming more aware of the increase in meth and heroin smuggling, drug smugglers themselves are coming up with more creative ways to get their product inside the United States border. Some examples of this include a women who wore a bra made from methamphetamine as she crossed the border into Arizona, and drugs stashed inside small panels of cars driving over the border. Mexican drug cartels have also built sophisticated underground tunnel systems that connect production facilities with warehouses in the U.S. Drug officials continue to work with geological tools to locate these tunnels, which are very difficult to detect.

Other smugglers are taking advantage of the fact that the drug can be liquefied and then crystallized once again, making it much easier to disguise and transport at border crossings. Officials have found liquid meth stored in gas tanks, in washer fluid tanks of cars, and other unusual places.

Some of the theories behind the recent increase in foreign meth production point to stricter U.S. laws affecting domestic meth production. These laws have inadvertently contributed to the Mexican labs that are producing cheaper and more pure versions of the drug. The lower prices, combined with the higher potency, of Mexican meth is making it difficult for domestic producers to compete.

In the last 5 years, known U.S. meth operations have dropped from around 15,000 labs and dumpsites, to 9,000 or so. Others believe that dropping demand for cocaine and marijuana is also to blame for increased meth demand and production.

Meth has also spread to other areas of the country that have not traditionally been associated with the drug. What was once a drug associated with predominantly white users in rural areas, is now being widely found in inner cities across America.

The cheap prices and availability of the drug are making it increasingly popular among poor, urban communities. In cities like Los Angeles, Mexican mafia acquire their supply from across the border, and control production and sales in the city and beyond. This is causing many to believe that crystal meth use is on the verge of becoming an epidemic in cities.