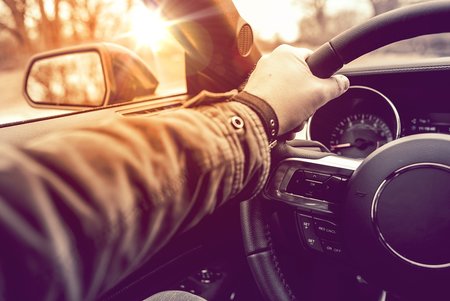 Recent studies on the origins of eating disorders, specifically anorexia, have shed light on the physical, biological, and environmental factors that play a role in the development of the disorder. There doesn’t seem to be any one underlying cause for anorexia, but many believe that issues with control are quite common among those who suffer from anorexia and other eating disorders. By taking a closer look at how control issues play a part in anorexic behaviors, we can begin to better understand the nature of the disorder and develop better strategies for treating it.

The majority of anorexia cases begin in females during their adolescent years. The young female is usually within a normal weight range, performs well in school, and is highly intelligent. The anorexic behavior will often begin when the girl tries dieting to lose what she feels is a few extra pounds. When she sees the diet actually work, the feeling of success at being able to control her body gives her great satisfaction. If the girl also happens to come from a family that has a preoccupation with appearances, the satisfaction of being able to control her body through dieting will often become a gateway to more extreme forms of dieting and eventually anorexia.

As the disorder progresses, an individual will combat the slowed metabolism that accompanies starvation with excessive exercise. They will also combat the constant feeling of hunger they experience by busying themselves with activities revolving around food, such as cooking meals for others, shopping for food, talking about food, developing elaborate rituals around mealtimes, or hoarding food.

An individual with anorexia will actually be very preoccupied with food and will develop a variety of strategies for dealing with their hunger and persistent thoughts of eating. Many of theses common strategies are similar to the behaviors of those with obsessive compulsive disorder or OCD. Many anorexics will even begin to develop other rituals and behaviors that go beyond the realm of mealtimes and food. People with anorexia tend to be very secretive about their behaviors and will become very defensive when confronted about them.

A shield of denial and preoccupation with food is common among many of those who suffer from eating disorders. It is also common for many anorexics to dress in large or loose fitting clothing to hide their bodies from the eyes of others. As they become frighteningly thin and their health begins to deteriorate, anorexics will still believe that they are fat.

Many anorexics also suffer from depression. There are many cases of individuals beginning anorexic behaviors at times in their lives when they felt especially out of control or hopeless. During especially rough times, anorexics may feel that maintaining control over their diet and weight is the only thing that brings them relief. In this way, anorexia becomes a way to cope. Maintaining the behaviors of an eating disorder spirals into an obsession as the individual begins to rely on the disorder more and more to give them a feeling of relief and control.

There are many theories about the role control plays in the development of eating disorders like anorexia. One theory states that an adolescent girl will develop the disorder as a way of combating the physical signs of puberty (developing breasts, hips, etc.) and all the issues that come along with it. In these cases, an adolescent girl will also look to the media for female role models and see images of impossible thinness. This may cause a reinforcement of existing dieting and anorexic behaviors.

There is no way to prove that control is the source of all anorexia, but it does certainly play a big role. In the end, it’s really up to therapist, counselor, or other professional who is treating a patient to determine if control is something that needs to be addressed in order for recovery to be successful.