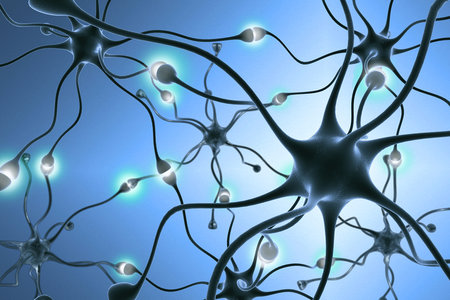 Cocaine is a stimulant drug derived from coca leaves, that can be smoked, snorted, or injected. It dramatically energizes the central nervous system, and this is both its appeal and what makes it so addictive and potentially dangerous.

Many former users agree emphatically that the harm was not worth the social acceptance or that short moment of pleasure. Here are the basic facts of how cocaine affects the brain, both in the moment and long-term.

In small amounts, cocaine can create feelings of alertness and energy, a sort of “supercharging” of the brain that can produce euphoria, increased sensitivity to sensuous experiences, and an ability to keep “going” without food or sleep.

However, it can also lead to less pleasant effects, including restlessness, panic, and make you more likely to engage in violent or erratic behavior. Some people find it causes them to perform simply physical or mental tasks more easily, but the unpredictable rush to the brain can also feel intimidating and incapacitating.

Taken at very high levels, or intense “binges” can cause the user to feel more and more tightly “wound up,” and lead to irritability, restlessness, paranoia, and even psychosis, hallucination, and an inability to stay in touch with reality. One common effect is a an anxiety producing tactile hallucination, of feeling bugs crawling all over your skin.

Cocaine’s “highs” are very short. The effects of snorting cocaine last between 15 and 30 minutes, and those from smoking may end after only 5 or 10 minutes. This short high is followed by an equally intense “crash” that leaves the user feeling depressed and edgy.

In the mind of the user, the only way to resolve these feelings is to use cocaine again. This need for continuous use can easily cause someone’s use of the drug to spiral out of control. This is what makes cocaine so deeply addictive, and how occasional users can start using more and more, taking over their lives and increasing the danger of more long-term damage.

Many users find cocaine powerfully addictive, and therefore have difficulty regulating or stopping their use. The drug creates short surges of very high levels of dopamine, and over time the brain will adapt by reducing its sensitivity to the chemical that creates positive feelings.

This creates tolerance, causing the drug to have less of an effect, so that you must take higher dosages to experience the same pleasure, while being more vulnerable to its anxiety producing effects. This also makes it very difficult to experience pleasure from other sources, leaving you feeling depressed and anxious when you are not using.

A long-term cocaine user may stop using the drug just occasionally for fun, instead needing the drug at all times in order to feel “normal.” Being without the drug can create severe depression, driving people to suicide or committing crimes.

The stress to the blood vessels can cause long-term damage to the brain, making it more difficult to process information or function. Long-term users may experience decreased memory, and may need a longer period of time to make a decision or have a conversation. The mind of a heavy user may experience learning difficulties and attention deficits.

In recovery, the most intense withdrawal symptoms resolve after one or two weeks. However, the craving may return as much as a year after the last use, so there is a need to remain vigilant and continue working on your recovery every day.

If you are do feel trapped in intense highs and lows of cocaine use, recovery can be hard work, but it is possible. There are many resources that can help you achieve sobriety. Do not hesitate to get help today.