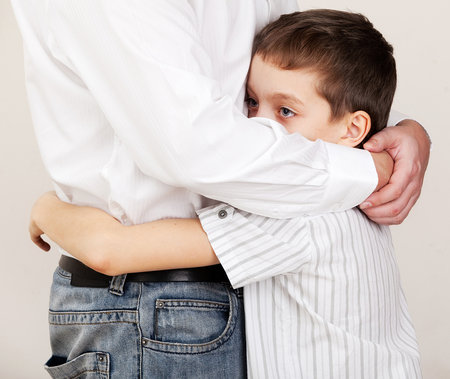 When children experience traumatic events, it can affect them for the rest of their lives making it harder than usual to become emotionally well-adjusted and functional adults. It has long been known that childhood trauma can raise a child’s odds of developing depression or addiction or both. New studies have found specific changes in the brain that could be linked to the increased chances of developing these disorders as a result of trauma in childhood.

Experiences that occur in childhood that are considered traumatic are events include sexual or physical abuse, domestic violence, neglect or parental loss or any situation that causes extreme stress. Traumatic experiences like these have long-lasting consequences and often lead to mental illness and/or substance abuse problems. Researchers are now learning more about the brain’s role in trauma and vulnerabilities to developing disorders.

Studying Teens with a History of Trauma
A recent study at the University of Texas examined 32 teens, 19 of whom had been maltreated in childhood but did not currently have a psychiatric disorder. For this particular study, researchers defined trauma or maltreatment as any type of significant abuse or neglect lasting six months or longer, experiencing a life-threatening illness, witnessing domestic violence or losing a parent before the age of 10. The other participants in the study served as a control group of 13 teens who had no history of child trauma or psychiatric problems.

All of the teens in the study were followed up every six months for an average of three and a half years. During the study researchers found that five of the maltreated children had developed issues of major depression and four of them had developed substance abuse disorders along with one other teen from the control group also abusing substances. In addition, two of the maltreated children ended up with a dual diagnosis of both a drug problem and major depression.

Brain Changes Associated with Certain Disorders
While monitoring the teens in the study, researchers used a brain imaging technique that measures the integrity of the white matter connecting various brain regions. When they were first enrolled, researchers looked at the teens’ brain scans to determine any significant differences. The results of the scans showed that those who had experienced trauma had connectivity problems in several brain areas including the superior longitudinal fasciculus which is involved in planning behavior and language processing.

Another region that was affected was the tract that connects the brain’s emotional processing regions with those involved in abstract thought. Teens that developed major depression had greater reductions in the white matter for behavior and language processing while those with drug problems had greater loss in the area connecting emotions with abstract thought. The research suggests that specific brain changes caused by childhood trauma could be a factor in determining whether a teen develops depression, addiction or both.

The areas of loss in white matter that subjects with depression showed through scans suggest that depression-specific vulnerability could be linked to rumination and processing of language that is focused on the negative. The brain areas associated with addiction susceptibility suggest that the disorder could be linked to an inability to regulate emotions more generally.

There have been prior studies that found a reduction in white matter among maltreated children so the findings of this study only add to the existing research regarding the relationship between trauma and depression or substance abuse. The study contributes more evidence to the theory that addiction problems are more related to a person’s attempts to escape painful emotions rather than to seek pleasure. It also suggests that certain types of brain changes can lead to a dual disorder that stems from a traumatic childhood.