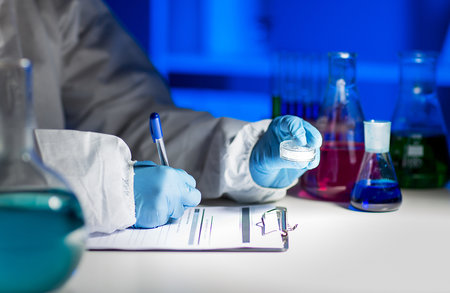 A recent study has shown that the introduction of abuse deterrent formulas of prescription drugs, such as Oxycontin, has had a significant effect on reducing both the number of opioid prescriptions and overdoses since the changes took place. The alterations to prescription drug formulas were put in place as a result of the skyrocketing rates of abuse between 1999 and 2010.

This ten year span also saw the highest rates of painkiller prescriptions and overdose deaths. In some parts of the country, opioid overdose deaths even exceeded the number of deaths from automobile accidents.

The number of deaths and overdoses associated with prescription drug abuse created an urgent need for action in what was quickly becoming a national epidemic. The pharmaceutical industry’s response was to change the formulations of some of the most widely abused drugs. A painkiller called propoxyphene, which was one of the most commonly abused prescription drugs at the time, was also taken off the market in 2010.

The recent study used insurance claims from one of the largest health insurance companies in the U.S. to determine whether the changes had any impact. Claims made between 2003 and 2012 by more than 31 million members between the ages of 18 and 64 were examined for the study.

Researchers found that Oxycontin prescriptions dropped by 32 percent in the two years after its formula was changed. Researchers looked for evidence that a higher cost or a switch to other pain medication was to blame for the drop, but found none. They determined that the drop must be the result of a large number of people who were abusing Oxycontin before the formula change.

Despite these promising results, researchers are concerned that the lower supply of prescription painkillers and the formula changes that make them harder to abuse have led people seeking opioids to abuse heroin instead. The last two years have seen a troubling increase in heroin overdoses and heroin related deaths across the country.

The prescription drug formula change may be an indirect cause in the current heroin epidemic, but more research is needed to determine if that is indeed true. Certainly the cost of prescription pain meds- ranging from $20 to $30 a tablet compared to $10 for heroin – could have something to do with increased heroin use.

Some addiction researchers are now admitting that changing prescription drug formulas alone is not enough to prevent abuse, and that a more comprehensive approach to treating the problem is needed. Properly identifying and treating opioid addiction appears to be the most effective strategy.

Finding a solution to prescription drug abuse continues to be a big concern, even as heroin abuse rates continue to rise. Addiction researchers have increased efforts to find the reasons behind why more people are turning to heroin in regions across the country.

Part of the recent popularity in heroin use could come from the fact that using the drug has lost some of the stigma it once carried. For a new generation of drug users, heroin doesn’t carry negative associations it once had and obtaining the drug has become a lot easier. Scoring heroin no longer means making a trek into rough neighborhoods and dealing with shady dealers.

Now it seems the drug can easily be obtained in suburban and even rural areas. Cost is another factor. Heroin is much cheaper than prescription painkillers and much more potent. This could be a big factor causing many people who once abused prescription drugs, to switch over to heroin instead.