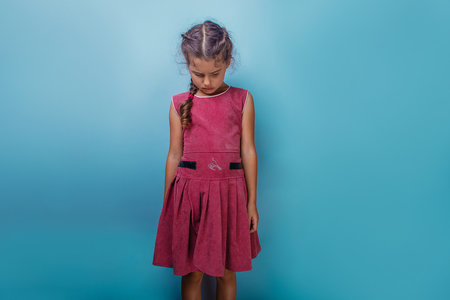 There are numerous theories about the origins of addiction. Is it caused by drugs themselves? Or does stress or some type of trauma experienced during childhood have something to do with it?

One theory says that childhood trauma does have a big role when it comes to predicting the odds that an adult will develop an addiction. This is mostly due to the fact that early experiences make a lasting impact on the body and brain by programming them for the rest of a person’s life.

This means a nurturing, enriching environment will usually create a healthy, well balanced adult, while a stressful or neglected upbringing will predispose a child to emotional difficulties later in life. Normal amounts of stress are actually good for the body and mental development, but too much stress will leave a lasting effect on an individual as they grow into adulthood.

Research that has been done on the topic of childhood trauma and addiction has been gathering evidence that points to a definite link between the two. One study that was conducted with about 17,000 participants in California utilized a test known as the Adverse Childhood Experiences test, or ACE. The study measured emotional, sexual, and physical abuse experienced during childhood and then looked for their relationships to addictions in adulthood. The types of addictions addressed included smoking, drug addiction, alcoholism, and even overeating.

The ACE study revealed several interesting results. It found that the a child who had experienced six or more types of trauma was three times more likely to smoke as an adult. A child with four or more traumas was at a risk of developing alcoholism at a rate that was five times higher than a child with no trauma. The same number of childhood traumas also created a 60% likelihood of developing obesity. Among male participants, having four or more childhood traumas gave them a forty six times higher risk of becoming an intravenous drug user later in life.

These strong correlations are hard to dismiss and point to a definite link between trauma experienced during childhood and addiction of many kinds later in life. Researchers who conducted the ACE study also looked further into whether or not certain types of trauma had a stronger influence on addiction. They found that experiencing multiple types of trauma had the biggest impact. They also discovered that emotional abuse, specifically abuse that involved humiliation, had an especially destructive impact.

The researchers’ findings involving emotional abuse and humiliation is especially important in looking at the type of treatments that are most effective for addiction, alcoholism, and others. The type of addiction treatments involving some form of humiliation, or some attempt to break an addict, have been found to be the least effective. This type of treatment has been found to be the least helpful and is even harmful in many cases. Nevertheless, it is still widely used. For someone who was emotionally abused as a child in a similar fashion, this type of treatment can re-traumatize them with devastating results.

The researchers behind the ACE study concluded that the most effective type of addiction treatment is one that emphasizes a compassionate approach. Treatment should look closer at each person’s history to find any childhood traumas, and then work to address those issues. Oftentimes addiction is a coping method that points to deeper issues that need to be resolved before any true healing can take place.