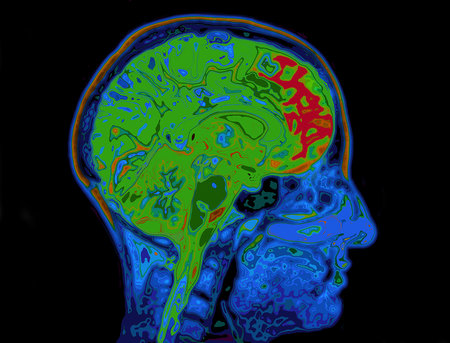 Drinking excessively is common among many social groups, especially for college students who view binge drinking as the norm in most cases. The traditional thinking is that an alcohol binge at a party is fairly harmless and causes no real damage other than a hangover the next morning.

However, new research has shown that excessive drinking even for one night may be more harmful than people often realize. A study published recently in Alcoholism: Clinical and Experimental Research found that brain damage was present within only 24 hours of binge-like alcohol exposure.

The research proves that it does not take as much alcohol as most people believe to cause real harm to the brain. Binge drinking for one night can still be harmful to the brain and body even for young people who aren’t yet addicted to the drug.

Immediate Effects of Alcohol Exposure
The study involved researchers injecting rats with high concentrations of alcohol and studying their brains to see the effects of the drug using new tools to probe the brain. Following the injection they discovered high levels of vimentin, a protein that indicates brain damage, within only 24 hours of being exposed to the alcohol.

Vimentin is expressed through glial cells which are a very important part of brain function. These cells work together with neurons, or brain cells, to carry out basic brain functions. Glial cells are crucial to brain structure because they release proteins that anchor neurons and allow them to retain their structure.

With alcohol exposure however, glial cells can become damaging as the drug changes their behavior causing them to harm neurons and prevent them from regenerating. This type of damage can be more gradual but causes serious harm within about a weekend of heavy drinking.

Damage to Mental Functioning
For people engaging in binge drinking on a regular basis, brain damage is a reality and a threat to their health. Binge drinking is defined as achieving a blood alcohol level of .08 meaning that a woman would have four or more at one time and a man would have five or more drinks.

While the study showed only vimentin expression in the brain, it did not show any cell death which is an even greater kind of damage to the brain. This study is one of many proving the damaging effects of binge drinking on brain function. Other research shows that only a few sessions of heavy drinking can damage a person’s ability to pay attention, remember things and make good judgments.

Subjects in a binge drinking study showed losses in key mental abilities in the weeks after they were exposed to binge-levels of alcohol. The findings of this past study proved that even after only a few heavy drinking sessions the brain can undergo subtle changes making it harder to learn from mistakes or learn new ways to tackle problems because brain function has been impaired.

Continued binge drinking can lead to serious brain damage and even long term problems with brain function. Abstaining from drinking can help to prevent some of the damage from being a long term issue for young people who are regularly drinking more than four or five drinks at a time. Heavy alcohol consumption early in life can lead to an increased risk of becoming an alcoholic years down the line.

Young people and adults alike can benefit from reducing their binge drinking so that they can prevent both issues of alcohol abuse and potentially long term damages to brain function. Abstaining from alcohol or limiting its consumption to one or two drinks at a time can be much safer for your physical health than regularly binge drinking.