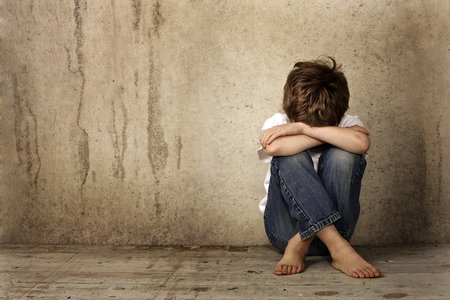 Psychological disorders are typically considered to be problems that manifest in adulthood but many people don’t realize that mental health problems can be visible even in early childhood. In fact, one in five children has a diagnosable mental health issue but almost two-thirds of them get little or no help for their problem. When mental health problems are an issue in childhood they can have serious repercussions long into adulthood.

A recent study found that young people diagnosed with a psychiatric disorder are six times more likely to struggle with finances, legal trouble, social problems, and health issues as an adult than people with no history of mental health problems. When childhood mental health problems are left untreated it can have devastating effects on a person throughout their life.

Children without the psychiatric care that they need will most likely struggle in school or end up in the criminal justice system. It is important for mental health issues to be addressed as early as possible in order to minimize the consequences in adulthood.

Subtle Symptoms Matter
A study released by the JAMA Psychiatry tracked over 1,400 children that researchers assessed annually for common psychiatric problems like depression, anxiety, and behavioral issues. The researchers paid close attention to clear and even milder symptoms of mental disorders testing each participant for signs of anxiety, attention disorders, and depression even if they had not received a formal diagnosis.

The study ultimately determined that children with minor symptoms of disorders like ADHD or depression but not enough for them to be diagnosed and medicated were three times as likely to struggle financially, legally, and socially as their healthier peers. The study brought attention to the fact that there are nuances to a child’s mental health that are not often discussed.

When children have a “subthreshold psychiatric problem” their symptoms are not severe enough to be diagnosed and they may not receive much or any treatment for their mental health issues. Although people think typically children can only suffer from mental disorders associated with childhood such as ADHD and autism there can be symptoms of a wide range of disorders in young people.

Treating Children with a Mental Illness
Earlier this year a new mental health resource was designed to help parents recognize some of the signs of mental illness in young children. It is very common for adults to be confused and ill-equipped when it comes to helping children work through some difficult symptoms. People tend to think of childhood as a happy and care-free time but some children can exhibit some emotional and behavioral problems that are hard for parents to understand.

The best hope is for children to have parents and health providers who are proactive about treating and addressing any symptoms of mental illness before they become more problematic in the future. If they are caught early enough parents can help prevent certain symptoms from evolving into a full-fledged disorder that will affect the child throughout their life. Prevention and intervention are crucial for avoiding the type of social problems that can occur for children with mental health problems once they reach adulthood.

With therapy or counseling, proper medication, and attention to their behavior it is possible for parents to reduce a child’s mental health symptoms and keep them socially adapted. In order to become a more functional and responsible adult, it is crucial that children get the right treatment and parents remain vigilant about the progression of their illness. Although not all children are diagnosed with full psychiatric disorders, it is important that their mental health be addressed as they grow up.