Facts About Driving Under the Influence

Drunk driving takes its toll on our nation both socially and economically with an estimated 32 percent of fatal car crashes involving an intoxicated driver. Driving under the influence of alcohol or drugs is one of the most dangerous consequences of substance abuse and it can affect anyone in the U.S. even if they are not involved in an automobile accident. Drunk drivers can easily get arrested for DUI, a crime which can cost them their license and a substantial amount of money. Thousands of drunk drivers also cause fatal accidents harming innocent people every year. The reality is that this crime is preventable and people can avoid the dangerous consequences of drunk or intoxicated driving by using a designated driver. Unfortunately many drunk drivers continue to engage in this risky activity in spite of the many negative consequences.

There have been increased efforts in recent years to spread awareness about drunk driving and although incidents have been reduced, unfortunately driving under the influence is still the most common crime in the U.S. 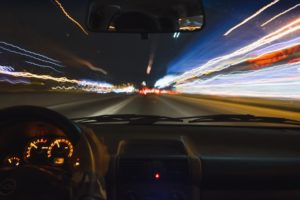 The Risks of Intoxicated Driving 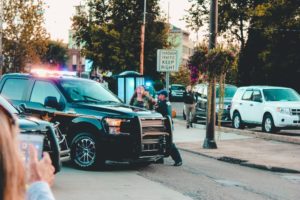 The human brain cannot handle driving while intoxicated because it has to process too many things at once while being impaired by the effects of drugs and alochol. Alcohol, or other drugs, can reduce a person’s attentiveness and their ability to make quick decisions while on the road. Drunk drivers will find it difficult to react to changes in the environment or execute many of the necessary maneuvers behind the wheel because their coordination is impaired. Driving while intoxicated is a crime and people who are convicted for a DUI pay thousands of dollars in fines, have their license revoked and risk being put in jail. Drivers are also commonly injured and killed in accidents when they are intoxicated. The risk of a driver under the influence being killed in a vehicle accident is eleven times that of drivers without alcohol in their system.

The legal limit for operating a vehicle is a blood alcohol concentration of .08% with most drinking and driving deaths taking place with drivers having a concentration of at least .10 BAC. Once you are a past .08% you have poor muscle coordination, slower reaction time, problems with self-control, reasoning, and memory. Drivers at the legally defined level of intoxication have a harder time controlling their speed, are less capable of processing information and also have impaired perception. Intoxicated driving accidents can be avoided by bringing a designated driver anywhere you plan on drinking or using other substances. Anyone driving a vehicle should be as sober as possible so that they have the ability to react to their environment, stay safe on the road and prevent any fatal collisions.

Driving under the influence isn’t just a risk to the person who is intoxicated. Many times a fatal collision involves the person / people that the drunk driver hit. Being responsible for the death of another human being is a hard consequence to live with. Not only will the the person who was drunk likely recieve jail time for manslaughter but they will have it on their record for the rest of their lives. Penalties could include:

The risks of driving under the influence can be devestating. It is important to know and understand the consequences and in doing so prevent a horrible accident. If it is difficult to stop drinking or there seems to be a lack of control where alcohol is concerend then it is possible a social activity has become an addiction. If this is the case then treatment should be found immedialty.