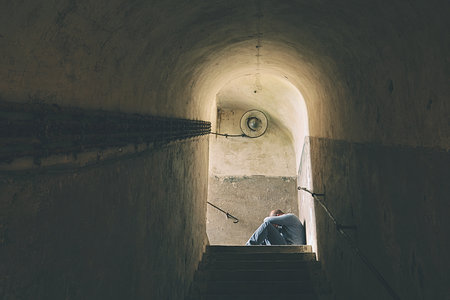 Tom Parks of Saco, Maine was devastated when his daughter, 24 year old Molly Parks was found dead of a heroin overdose in April. Instead of writing the usual formal-sounding obituary, Parks decided he was going to be open about everything in his daughter’s life, including her struggle with addiction.

The day after Molly’s body was discovered in the restroom of her work, her father posted the heartfelt obituary for his daughter on Facebook. He talked about the things Molly loved in life, how much her family and friends loved and supported her, and how she struggled with addictions to prescription drugs and heroin.

In the post, Parks is also candid about Molly’s efforts at getting sober, how she went to rehab three times, and was trying to get back on her feet by working hard at her job and focusing on fashion, theater, and other things that made her happy. Nevertheless, staying away from drugs proved to be tough for Molly with her old dealer calling and texting her constantly while she struggled to focus on work and recovery.

Molly didn’t fit the stereotype of a heroin addict who withdraws them self from their friends, family, and a passion for living. The 24 year old loved life and continued to do the things that made her happy, even up until her final days. Her father says he remembers Molly looking happy and healthy just days before passing away.

Molly’s obituary immediately went viral because of its touching honesty and the emotion it brought forth in its readers. Her father decided to be open about his daughter’s struggle with addiction and the cause of her death after reading countless obituaries for young people that make no mention of such things. He thought his honesty would cause people to take addiction more seriously.

Sharing his daughter’s story, complete with all her strengths, accomplishments, and struggles, also humanizes addiction. Knowing that someone who was working hard to get sober and who had the support of family and friends could still succumb to the deadly effects of addiction makes the devastating nature of addiction more real. At the end of Molly’s obituary, Tom urges readers to get help if they are struggling with addiction or have a loved one who is. He wrote Molly’s story in the hopes that it would inspire other people to get help before it’s too late.

As a result of writing and posting the obituary, Tom has heard from people from all over the world who have similar stories or who are going through struggles of their own. In the midst of a growing heroin epidemic in New England and other parts of the country, Molly’s obituary delivers a powerful message.

In Manchester, New Hampshire, the town where Molly died, authorities report that so far they have had 24 drug related deaths in 2015. They have also had 163 calls related to drug overdoses. The majority of the calls involved heroin and a narcotic pain reliever called Fentanyl, which is often added to heroin.

Authorities believe that heroin laced with Fentanyl is behind the recent increase in deadly overdoses they’ve been seeing in the New England states. The painkiller is added to heroin shipments to make the drug more potent. Drug producers can then sell the heroin for a higher price. The Fentanyl is 30 times more potent than heroin and most drug users are unaware of the fact that the narcotic has been added to their usual fix.